“We’re really just picking between the lesser of two evils.”

“Both candidates are bad.”

“It doesn’t matter anyway because nothing is gonna change anyway.”

This is what Black people are saying all over the country in regards to the upcoming Presidential election. The negativity swirling around the prospect of having to vote for Joe Biden to escape the tyranny of Donald Trump leaves Black voters pessimistic and disappointed. And honestly, I get it.

I understand the disdain of having to vote for someone who felt comfortable enough to question your Blackness if you choose to vote otherwise. Having to choose for a candidate who was instrumental in locking up thousands of Black and Brown bodies into horrific prison conditions and creating a perpetual underclass of society, and whose running mate has also been highly complicitice. Having to choose for someone, who if elected, would be the oldest United States president ever.

Let me say this, I feel every Black person who echoes these same sentiments every day they think about this particular election. And I’m here to tell you this…

at this point, unfortunately none of this matters. We need each of you to cast your vote for Joe Biden and Kamala Harris. Because if you don’t, we all definitely lose.

Black folk, I’m calling on all of you out there to vote, vote, vote. This election is being billed as the most important of our lifetime because it literally is. We are in the midst of a progressive, Black Lives Matter, watershed movement. And even though Biden pales in comparison to more progressive candidates like Bernie Sanders and Elizabeth Warren, he is worlds away from Trump and moves this country much closer to the ideals of a thriving nation. I personally know adults who have never voted, and are finally taking their turn at filling out a ballot. Even Shaq decided that this would be his first time casting his vote, stating “I’ve never voted before, America. But now I’m doing all these voting campaigns, and you know one thing I never like to do is be a hypocrite.”

Zoe Fenson penned my thoughts exactly about this election in her July 30th opinion appropriately entitled You don’t have to be excited about Joe Biden to vote for him. She stated,

“Our country is in burning turmoil, and the White House is eagerly fanning the flames. If we are to have a shot at quenching them — let alone beginning to repair the damage left behind — we, the voting public, will have to play the two-party game to its conclusion in November. And that means rallying behind Joe Biden.”

The difficult part about this election is that it is not the 2008 Barack Obama election built around hope and excitement. It isn’t even the 2004 John Kerry election centered around Diddy (formerly known as Puffy) and his Vote or Die campaign. This isn’t about excitement. It is about survival. And I don’t believe that this country can survive four more years of a racist, misogynistic, xenophobic, lying, president.

Many conventional arguments for Black America center around the idea that the Democratic Party has yet to really tend to our needs. I agree wholeheartedly with that sentiment. They have much to atone for. I don’t believe that the Democratic party has the best interest of Black people in mind, but I know it’s a far cry better than what Trump has in store.

Right now Trump is bragging to white suburban voters about how good of a job he’s doing at disenfranchising poor Black and Brown folk from quality housing. Once republicans discovered that Black and Brown people were the ones overwhelmingly and disproportionately dying from COVID, they stopped caring about the virus altogether. Trump has aligned with white supremacist organizations while belittling Black activists and completely disregarding the Black Lives Matter movement. He has rolled back environmental and educational protections that were serving Black and Brown communities for the sake of further privatization and profit.

If you compare Trump’s Black agenda, poorly titled his Platinum Plan, which sounds like a pre-paid marketing scheme guaranteed to lose you money, to Biden’s Lift Every Voice plan for Black America, you’ll see that we’re far beyond the lesser of two evils. While Biden’s plan falls short of key necessities like a living wage and actual reparations, it pales in comparison to whatever Trump threw together a couple of months ago. Where Joe Biden talks about investing in Black homeownership, building affordable housing, forgiving loans of people who attend HBCU’s, and investing in pipelines for Black teachers and funding public education, Trump talks about labeling ANTIFA a terrorist organization and giving Black people access to school choice. His solution is to “close failing schools” instead of making real investments into public education so that every child can truly thrive.

Trump’s Platinum Plan fails to discuss health disparity, has no plan to close private prisons and to eliminate the prison population, and no plan to study reparations. To put it plainly, Trump has no plan. And regardless of what suggestions Ice Cube offered to Trump, I know that this Platinum Plan is as real as those gold-covered chocolates you get on Halloween. Donald Trump doesn’t care about Black people, and he doesn’t care about the well-being of people who need this country to care the most. He does not deserve our vote. He also does not deserve our apathy.

We can be excited next time. 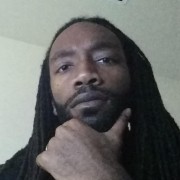 Love Does Not Keep Score⏤Sundays with Nosha

Why ‘We Need to Talk’ Does Not Have to Spell Trouble A Plea for Political Participation: Our Power Comes with whom We Elect to Power

It is safe to say that most of the African American/Black community was elated to ...
By Christmas
December 10, 2020 It’s Gonna be a Hard Pass on Bipartisanship from Biden

In the last four years, the United States government has normalized hatred, bigotry, xenophobia, and ...
By Jmal CW
December 10, 2020

The 2020 election has shown, if not anything, the importance of making our voices heard. ...
By Bridgette Provost, MD
November 11, 2020 Co-written with Robert Stubblefield Imagine it is a Saturday afternoon. Your son asks to hang ...
By Shaquille Telford
September 21, 2020